Posted by Sari Katz in News 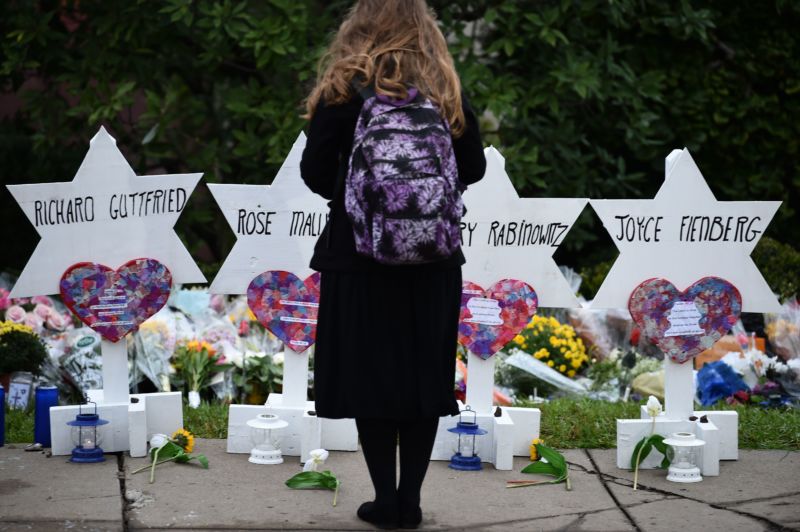 Joining with People of Conscience the World Over

Healing the soul, healing the body. We carry that legacy forward, knowing that it takes more than medicine to heal wounds.

Joining with people of conscience the world over, the slaughter of Jewish worshipers in Pittsburgh has left the Rambam Medical Center family deeply shaken and profoundly saddened. Our CEO, Prof. Rafael Beyar, who was in America at the time, immediately ordered the flags at Rambam to be lowered to half-staff in honor of the victims.

Rambam is no stranger to the terror and trauma visited upon Pittsburgh. It has treated countless victims of terror, war and other mass casualties as Israel’s leading trauma center. Beyond its experienced surgeons and emergency staff, Rambam is there for the long run, providing PTSD and social services to those scarred by such attacks.

The State of Israel has already responded by sending trauma experts to the Pittsburgh Jewish community. In times of need, we make no distinction between borders and distances. We are all part of a Jewish world that knows tragedy. We also know how to heal.

Rabbi Moses ben Maimon (Rambam), the medieval philosopher/physician after whom Rambam is named, was a pioneer in a holistic approach to medicine. Healing the soul, healing the body. We carry that legacy forward, knowing that it takes more than medicine to heal wounds.

Our strength is our community, our shared commitment to humanistic values, to forging ahead in the face of conflict and catastrophe. The shared values of America and Israel, the common belief among all Jews in an open, democratic and just society, is a fundamental tenet that sees us through the darker times and embraces the light.

Rambam Medical Center is an embodiment of coexistence. Jews and Arabs, Moslems, Christians, and Druze, religious and secular are to be found in all sectors – doctors, medical leaders, nurses, and patients. It is a mirror image of the U.S., where various streams of religions and ethnicities come together, in daily life and now in unity.

On a personal note, I have had significant experience dealing with extremism and prejudice, as Director of the Anti-Defamation League in both San Francisco and Chicago, and later as Founding Director of the Illinois Holocaust Museum and Education Center. What I have found throughout those years is that while we must remain vigilant against the forces of extremism, the ties that bind us are much greater and enduring, as we continue to see in the aftermath of Pittsburgh.

As published in The Times of Israel https://blogs.timesofisrael.com/rambam-lowers-the-flag/

ABOUT THE AUTHOR
Rick Hirschhaut is National Executive Director of the American Friends of the Rambam Medical Center (AFORAM). He served previously in senior professional roles with the Anti-Defamation League, Illinois Holocaust Museum and Education Center, and the American Jewish Joint Distribution Committee and is an Emmy Award-winning co-producer the nationally broadcast documentary, Skokie: Invaded but Not Conquered.

February 28, 2021 – A new clinic recently inaugurated at Rambam Health Care Campus, will serve as a one-stop-shop for all the unique...

February 15, 2021 – A patient with a rare congenital heart defect that affects several members of her family was successfully treated at...